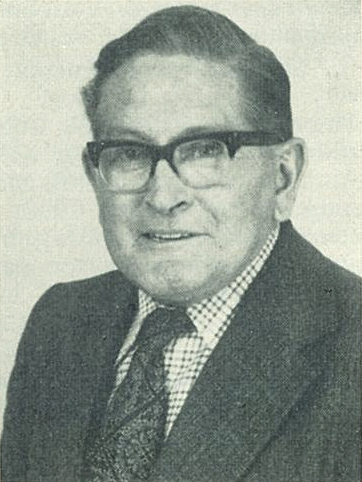 Eric attended School from 1920 to 1930, gaining 1st XI colours for football and cricket, and was arguably the best schoolboy cricketer produced by the School; during his last term he scored a total of nearly 700 runs for the 1st XI including two centuries. He was somewhat indulged by the Head, C. J. Blackburn who allowed him to represent Eastbourne in mid-week games; his faith in Eric was rewarded when he gained a University place and a General Science degree.

At cricket Eric represented Sussex Club and Ground and Eastbourne CC; though slight of stature, his ability to play any shot with impeccable timing of wrist and eye made his batting a joyful experience for players and spectators alike; as a wicketkeeper he was a model for all young cricketers – the slightest liberty at the crease and the batsman was taking the long walk back to the pavilion.

Eric represented his university, Reading, at cricket and hockey. His first teaching posts in were at Harlow College and The Royal Commercial Travellers School. He then returned to EGS as Assistant Science Master in 1939 but war service intervened and he spent six years in the Royal Artillery, serving in the 8th Army in North Africa and Italy; in June 1944 he was awarded the Military Cross ‘for valour in the field’.

In post war years it was in the natural order of things that he should take over the responsibility for School cricket and return the benefits he had received as a boy. He was described by a contemporary as “a coach par excellence, always insisting on the highest standards”. He was also a Senior House Master, Treasurer of the Dramatic Society and – the choice of his colleagues -Chairman of the Common Room.

In later years he taught Mathematics but sadly his last years in School were plagued by ill health, probably initiated by his being wounded in 1944.

On retirement in 1975 he had completed a remarkable 45 years’ priceless association with the School. Always neat, quiet and courteous, his comments and friendship were valued by boys and colleagues alike.