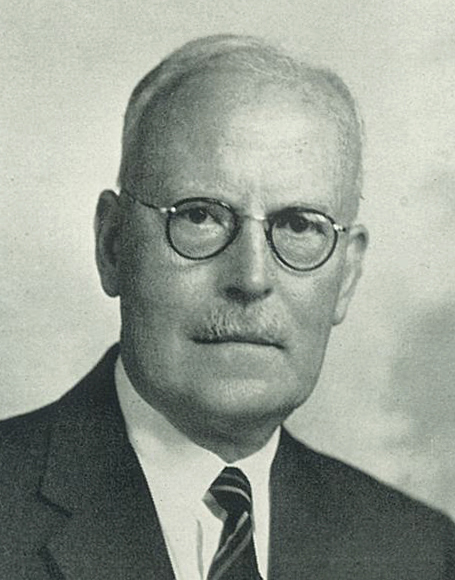 Hedley Bonfield was one of the “Old Guard” of EGS Staff when he retired in 1958. He joined the School as French Master following service in the First World War and was associated with the Cadet Corps for most of his career, mainly as Commanding Officer until 1954. He contributed greatly to the success and enjoyment of the annual Corps camps held at Firle in the inter-war years.

During further active service in 1939-45 he was awarded a French decoration in recognition of his work as liaison officer with the Army. The boys nicknamed him ‘Flom’ following his oft repeated description of fighting around the small town of that name in Norway.

His meticulous, orderly manner well suited him to the post of Editor of the School Magazine (then published every term) for many years; an appreciation of him written in that publication commented upon “his courteous and gentlemanly qualities as being reminiscent of the ethical standards of earlier days”. He was also remembered as a House Master for County House, energetically devoting himself to the latter’s sporting endeavours.