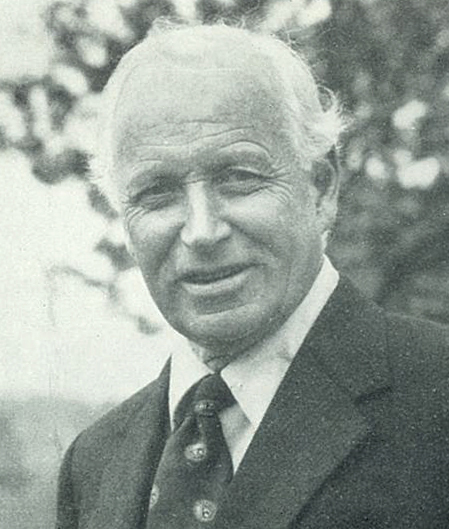 Morris Romans was educated at The Crypt School, Gloucester, where he made his mark as a cricketer, as an actor in dramatic productions and as a budding cartoonist. An outstanding batsman, he went on to represent Gloucester Club and Ground, and Staffordshire in the Minor Counties Championship.

When he left Buckhurst Hill County School to join the staff of Eastbourne Grammar School in 1949 the farewell notes recorded that “Of Mr Romans, it is sufficient to say that no master did so much for the school with so little fuss”. He continued in the same vein at EGS.

As Art Master, he maintained the very high standards associated with the School, staging excellent exhibitions to show off pupils’ work as a feature of School Open Days. He also contributing to other aspects of its corporate life: for many years he coached and umpired the younger elevens of the School; he was very interested in Drama, and gave willingly and lavishly of his artistic talents to the School Dramatic Society enduring the whims of producers and providing memorable sets for the increasing number of plays; and he was a long-standing and respected Senior Housemaster of Upperton House.

Colleagues and boys loved his unflappable manner, incisive humour and the wit which enlivened many wearisome moments. In a retirement note for Mr Romans for the EGS Magazine, Eric Dyer noted that recordings pf his succinct sotto voce comments at the close of some wearisome staff meetings would be appreciated by an invited audience. He retired saying he would miss being a Senior House Master but most of all “the long climb up the too many flights of stairs to the Art Room”.

Outside his EGS role, Mr Romans had a standing in the Art World publishing cartoons in national periodicals under the signature Romeo, acting as Chief Examiner for the Cambridge University Local Examinations Board and assisting the Malaysian Government in establishing an Art Examination Board.