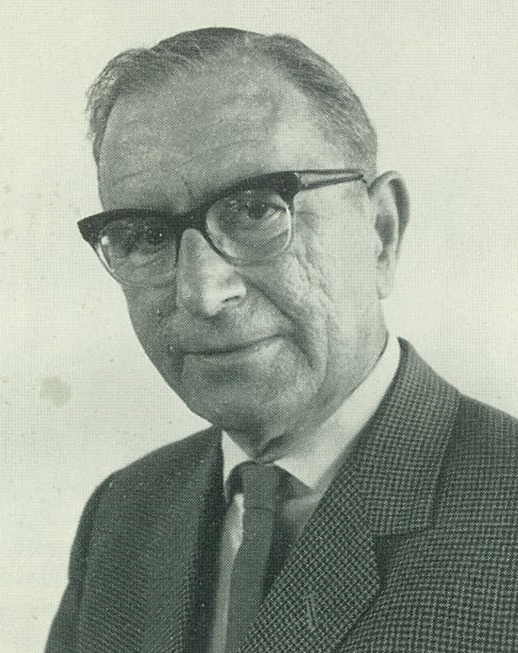 It was most unfortunate that a painful injury forced Cyril Martin into a premature retirement when he was so close to the end of a successful and valuable career: but on his return after a long absence in the Autumn term it was evident to his colleagues – although perhaps not to many of his classes – that he was finding teaching a strain. So it was not a real surprise, but still a great disappointment, that he decided to leave the School at Easter.

Mr Martin came to EGS in 1953 as Senior Chemistry Master and took over as Senior Scientist in 1963 when Mr C A Richmond retired. In his own inimitable way he has taught the fundamentals of Chemistry to many grateful pupils, impressing on them the need for careful thought, and accuracy in experiments, and leavening the thunder of his introductory lessons lower in the School with a penetrating wit and knowledge of schoolboy foibles which particularly endeared him to his senior students. His organisation of laboratory work was meticulous: the experience of chemical experiments in “Martin’s Room” has prepared many a competent undergraduate for university laboratories. Further, he was always interested in the local opportunities for boys of differing ambition and offered much sound advice over the years.

Amidst the maelstrom of change and experiment which has overtaken science teaching in the last few years he was concerned deeply for the welfare of the boys and that nothing should be done to detract from their chances. This great virtue marked all his decisions and thinking, despite the irascibility which the strains of the last few years provoked – especially after a Welsh defeat at Twickenham or the Arms Park! We wish him and his wife many happy days, and assure him that we are always delighted to see him if he feels the urge to look in on us from time to time.