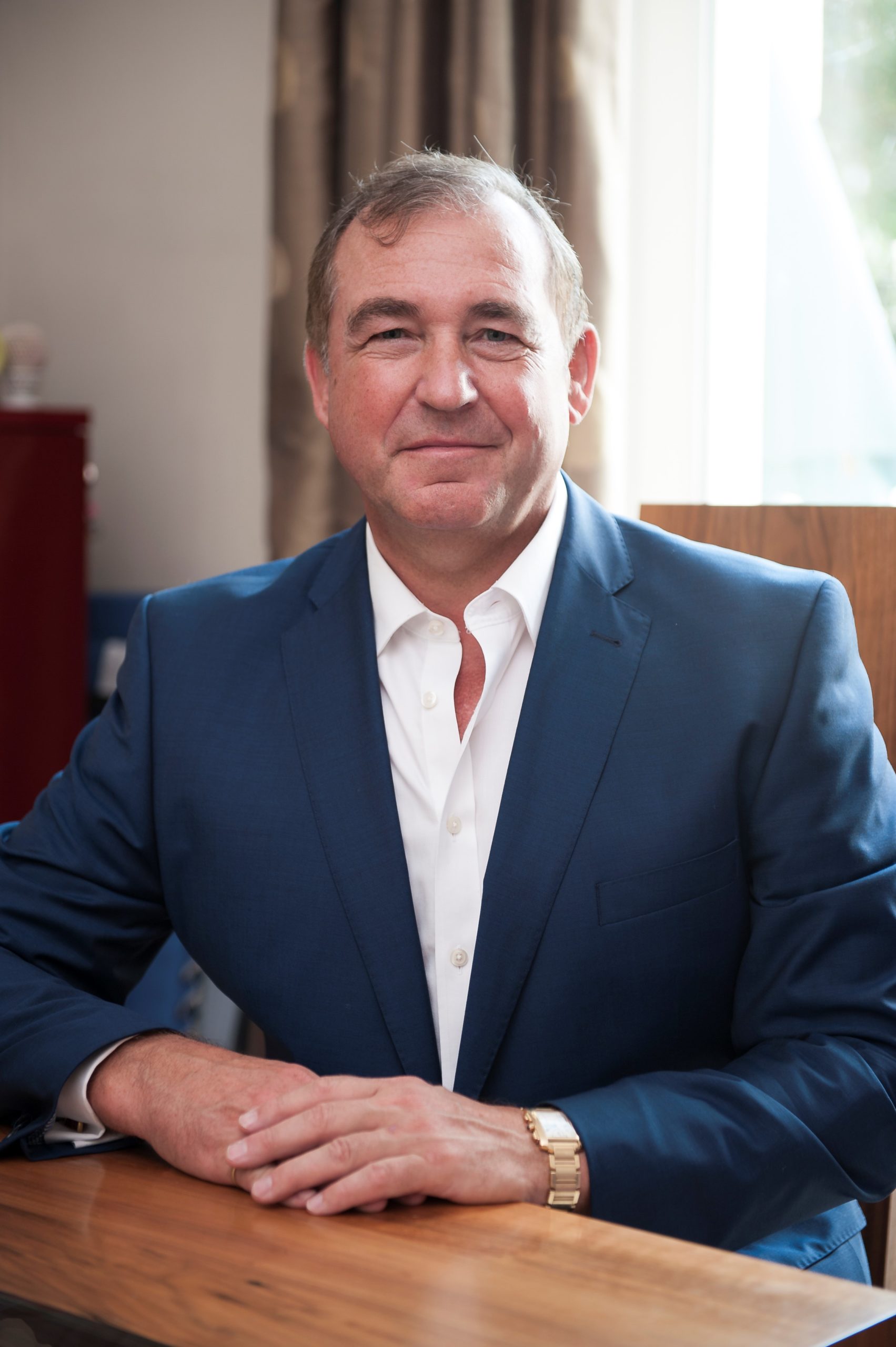 Tributes have been pouring in for well-known Sussex businessman and popular Eastbourne Old Grammarian Nik Askaroff, who died on Christmas Eve while enjoying a festive break in the Far East.

Nik, 65, was the founder and CEO of the Hove-headquartered EMC and had spent more than 30 years building the business to become the leading corporate finance and business advisory firm in the South East. He had been instrumental in the success of scores of South-East firms and his sudden death has been greeted with shock and sadness by the business community throughout the region as well as from Old Grammarian friends.

Nik had been a regular attendee at OG events over the years. His long-time friend and fellow old Grammarian Mark Rayner said: “I don’t think Nik changed at all over the years I knew him. You got what you saw, and he remained a loyal mate and supporter of the OGs, attending the golf and lunch the month before he died. His confidence, generosity, banter and sense of humour was exactly as it was nearly 60 years ago.”

Mark went on: “There was always something slightly exotic about Nik. It started when I discovered Nik wasn’t short for Nick but for Nikolai and that he was first or second generation Russian. He was quick to clarify that he was White Russian, not a Bolshevik and nothing to do with friend Brezhnev who was in charge at the time. He told some gory and interesting stories about the treatment of White Russians during the revolution and how they escaped and came to England. I think his mother was from somewhere in the Austrian aristocracy and possibly got out during the 1930s. It was all Boy’s Own stuff, but I guess it gave Nik posture and an attitude that only the best would do, and he’d fight for it if necessary.”

While still at Eastbourne Grammar School, Mark and Nik had both played rugby for Sussex U19s alongside another Grammar School boy, Mitch Patching, and Nik went on to play for the county at senior level. He played for Eastbourne Rugby Club for several seasons until persistent shoulder injuries forced him to give up the game.

Dave Bosley, another old Grammarian who played with Nik at Eastbourne, said: “Nik was a top-class backrow forward and undoubtedly could have played at a higher level, but he enjoyed the camaraderie of the Eastbourne Club for which he first played while still at school. It was a shame that he had to retire from the sport at a relatively young age because, without the injuries, he could have achieved so much more. He carried on playing tennis and basketball, both extremely well, and then took up golf. He could hit the ball a tremendous distance – unfortunately, not always in the right direction!”

Nik had qualified as a Chartered Accountant after leaving school but quickly decided that there must be more exciting occupations than auditing, investigations, and tax. His first position in industry was in a small family fashion textile company where he soon learned that, despite the grand title of financial director, he had to be involved in selling, exhibitions, packing cartons and even cutting material. He also experienced at first hand the problems that can arise in second generation family businesses.
However, Nik’s relish for the commercial side of the business won him the award of Accountant of the Year in 1986. A year later he took up the position as managing director of the UK arm of a 600-store retail fashion group prior to forming EMC in 1989.

Dave Bosley became Nik’s first client. He explained: “I bumped into Nik in Eastbourne, and he told me about his plans for setting up EMC. At the time I was director of a PR company in Kent and, whilst we were good at what we did, we needed help with the management side of the business. Nik became our advisor and mentor, a role he fulfilled expertly until he helped us to sell the company several years later. After I left Kent, I continued to work with Nik as his PR consultant until I retired in 2019. By then, EMC was fully established as the leading business advisory and corporate finance house in the region. Nik himself had been hugely successful, being named the South East’s Dealmaker of the Year in the industry’s ‘Oscars’ for an unequalled three years in a row and helping scores of business owners to achieve business success.”

Nik served terms as President of the South-Eastern Society of Chartered Accountants and Chairman of both Business Link Sussex and Sussex Enterprise (the Chamber of Commerce for Sussex). He was also Chairman of Berwick-based company Posturite Ltd. Its founder and CEO, Ian Fletcher-Price, described Nik as an ‘outstanding human being’ who had changed his life. He commented “Nik was fiercely loyal and always generous with his time, wisdom and advice. I feel lucky to have counted Nik as my best friend and mentor and will strive to make the best use of the skills he taught me in the future, in honour to him.”

Jon Mitchell, owner and director of Eastbourne Car Auctions, said: “I will miss Nik for his support for my business, but most of all as a true and trusted friend.”

Nik’s fellow directors at EMC, Michael Pay, Michael Gibbs and Ryan Smith, expressed their deep sadness at his sudden death. They said: “Nik spent over 30 years of his working life building EMC to become the leading corporate finance house and business advisory firm in the South East and the well placed succession plans will ensure that his legacy is built upon. Our hearts go out to Nik’s loved ones at this difficult time.”

Nik is survived by Camilla, Leo, Lynden and Natasha who have paid tribute to their father. Son Leo Askaroff said: “His legacies are his thriving business, which is left in the most capable of hands, and – most importantly – his children and eight grandchildren who saw him not only as a father and ‘papa’ (he thought grandad made him sound too old!), but also as a best friend and mentor. He will be missed every day.”