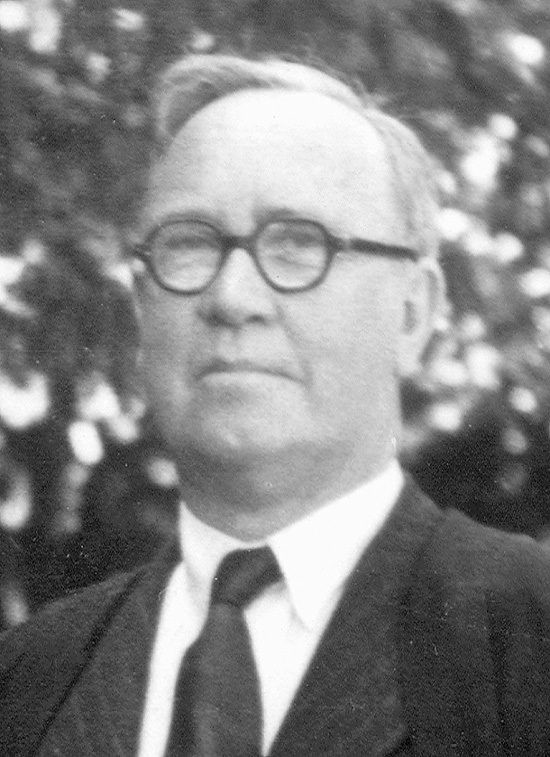 A former pupil, he returned after War Service as Mathematics Master and made outstanding contributions as organiser of entertainment, dramatic productions and School cricket.

He organised the first School Christmas Concert whilst still a pupil and continued to do so whilst on the Staff and also inaugurated a series of variety performances in which boys and Staff contributed as ‘The Merry Muffin’. This in turn led to the formation of the ‘Eversley Players’, which produced plays under his direction throughout the 1930’s.

He was an outstanding cricketer and a demanding master in charge, setting very high standards and producing many good young cricketers who were welcomed by the Eastbourne team.

Of perhaps an outsize ego and certainly of explosive temper, he dispensed physical punishment to the “blithering idiots” as he called them; with schoolboy humour his form wrote on his retirement that they were “losing a gentle motherly guardian”. His talents therefore made him both feared and loved – he certainly could not be ignored!