A Scientist with a ‘First’ from Cambridge, he came from a Northern Grammar School to face a daunting task. Following the long tenure of Mr Blackburn, the next  two Heads had stayed only briefly and many of the Staff who had served twenty, sometimes thirty years were beginning to retire. Moreover, the 1944 Education Act had to be fully implemented:­ no more fee-paying pupils, no Prep Department, an 11+ exam and greater influence of politicians and the Local Education Committee.

Wisely Mr Shaw did not attempt to achieve everything he wanted to do at a stroke; rather he set about patiently building up both the academic side as well as sporting and cultural activities. Perhaps his greatest attribute was his policy of non-interference with the enthusiasts. In his first year, he appointed several young staff whom he backed to the hilt, and they introduced new ideas and skills. Appeals to him for cash for worthy out of classroom activities were rarely unrewarded. The result was that, under his direction, the School enjoyed what was arguably the peak of its achievement.

He was a planner and organiser (and formidable fund-raiser) relying on his Deputy (R. M. Owen) for daily routine and the dedication and efficiency of his Secretary (Miss A. Easther) who worked untold hours with him both in term-time and holidays. Somewhat gruff and uneasy in Staff meetings, he communicated by means of near illegible notes pinned on the Staff notice board; he was however always open to a meeting with individuals and invariably courteous, friendly and helpful.

Perhaps the greatest achievement of his tenure was the increasing emphasis on academic achievement. The most gifted boys were selected for a ‘fast stream’ in order to improve chances of ‘Oxbridge’ entry in particular. Six of his pupils became University Professors. Other aspects of School life were also developed; the House system was strengthened, Rugby (his game) was developed to rival Soccer and School Musical and Dramatic Activities greatly expanded.

To the boys he was tough but scrupulously fair; the middle years of his Headmastership corresponded with the social upheavals and changing relationships between the young and their elders, and accordingly he spent many hours guiding the difficult ‘back on the rails’. With patience he insisted to all pupils that standards of behaviour, courtesy and appearance were pre-requisites for success in the adult world. 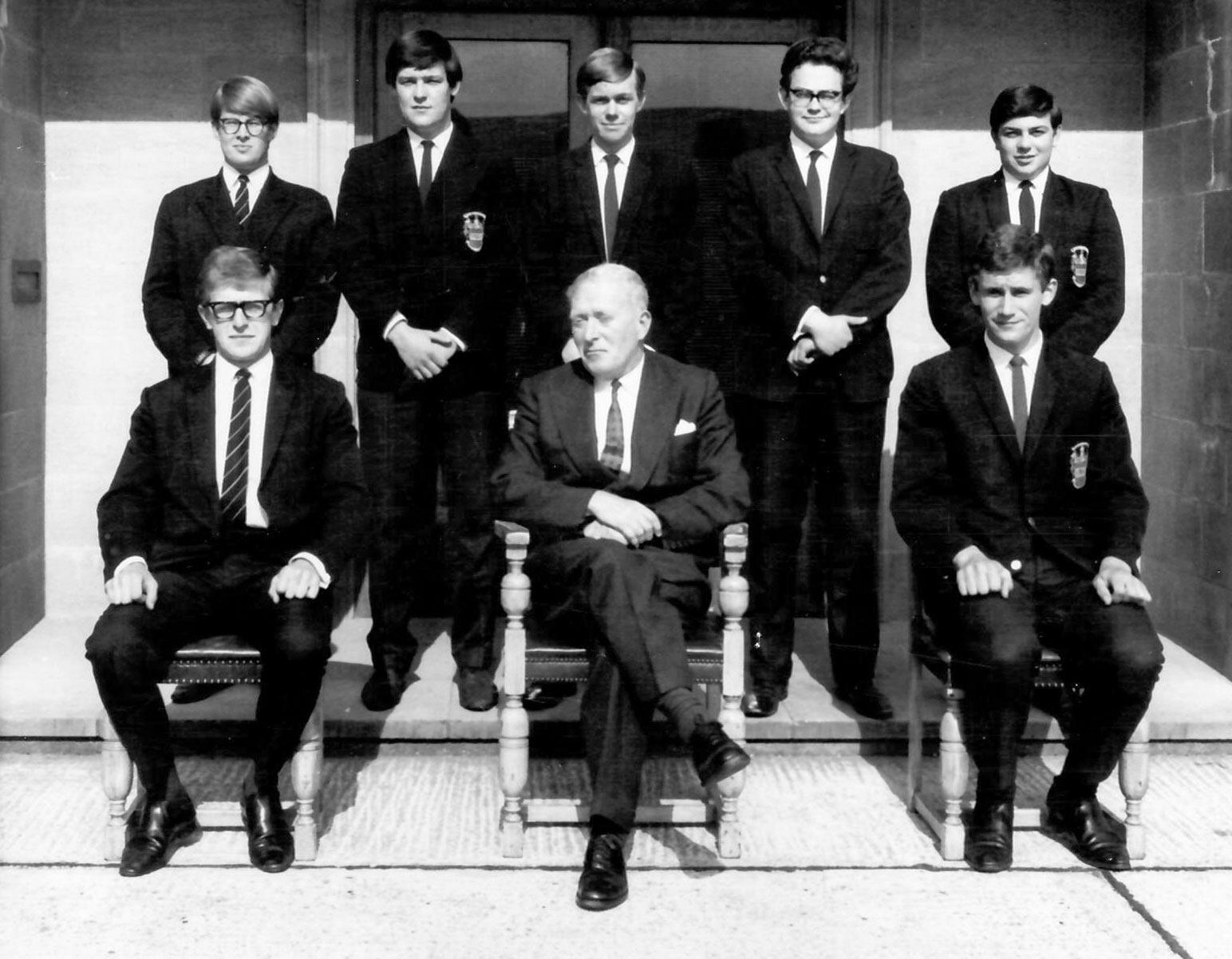