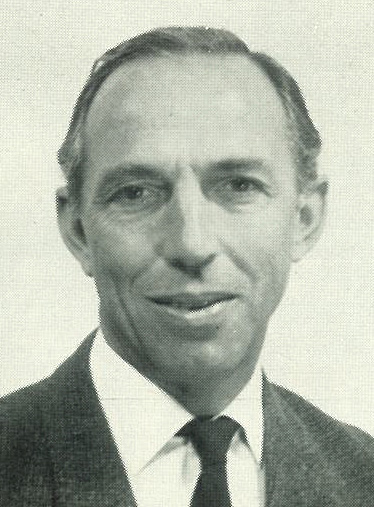 A teacher’s work is not measured simply by his pupil’s examination results. Nevertheless, if it were, those of Mr Wisden would verify eloquently to his excellence. His command of the French language is remarkable, his scholarship is outstanding, his love of literature profound. For many years, he has succeeded in imparting his enthusiasm to his classes with a kindness and a dignity that have made him respected by staff and pupils alike. If the standard of French in the School is high, it is largely due to his untiring efforts as Head of Department.

For him teaching is not confined to the classroom. For years, he has taken parties of boys abroad in holiday time. An athlete of considerable accomplishment, he thinks nothing of coaching football and cricket long after school hours. Many is the evening I have seen him through the staffroom window bowling in the nets, his deceptively relaxed action belaying his skills as a performer.

It is now seven years since I had the pleasure of meeting Mr Wisden, and I feel I have been getting to know him ever since. His wide interests make him a fascinating conversationalist, but it is only with reluctance that he can be prevailed upon to talk about himself. He has, it seems, been everywhere. His war service in the Fleet Air Arm took him to, amongst other places, Australia, the Pacific, America and the Far East and he has travelled extensively in Europe. He can talk with authority on the wines of Burgundy,
sea cucumbers in the Admiralty Islands, music, painting, architecture and history. One never fails to marvel at the breadth of his knowledge and the extent of his reading.

He is a born raconteur. His quick wit with a twinkling eye have been a feature of many staffroom conversations, and he is a master of deflating pomposity. For all this, I do not think that he has ever been heard to make a genuinely unkind remark.

Teachers like Mr Wisden are irreplaceable. His courteous bearing, sense of humour and wise counsel will be sorely missed. He goes, as Head of Modern Languages, to Hastings Grammar School, and our loss is Hastings’ gain. We hope that we shall continue to see him often and we wish him well