The War Memorial Flagstaff was unveiled at the Eversley Court, St Anne’s Road site in late May 1922 - during Education Week in the town - by Lord Burnham (known for the Burnham Committee, named after him, which set teachers’ remuneration and terms of service).

Following the Grammar School’s move from Eversley Court to King’s Drive, the Memorial Flagstaff was relocated to the new site, initially at the end of the drive and subsequently – as shown - to its current position close to what was the main entrance to the school buildings. There are plaques commemorating those who gave their lives in the First World War, in the Second World War and subsequent conflicts, and George Dixon – a long-serving teacher at the School and first Hon Secretary of EOGA when it was revived.

Since 1992, a short Service of Remembrance has been held at the Flagstaff every year on the Saturday morning prior to the Annual Lunch and AGM as a key element of the Members’ Weekend. The names of those known to have died in the World Wars are read out as listed below the photographs.

With the recent announcement that the East Sussex College no longer has a use for what were the Grammar School's - and subsequently the Sixth Form College's buildings at King's Drive and will be selling the site for residential development, a priority for the Executive is to secure an appropriate place for the Memorial Flagstaff to be relocated. Further information on this will be announced as it becomes available. 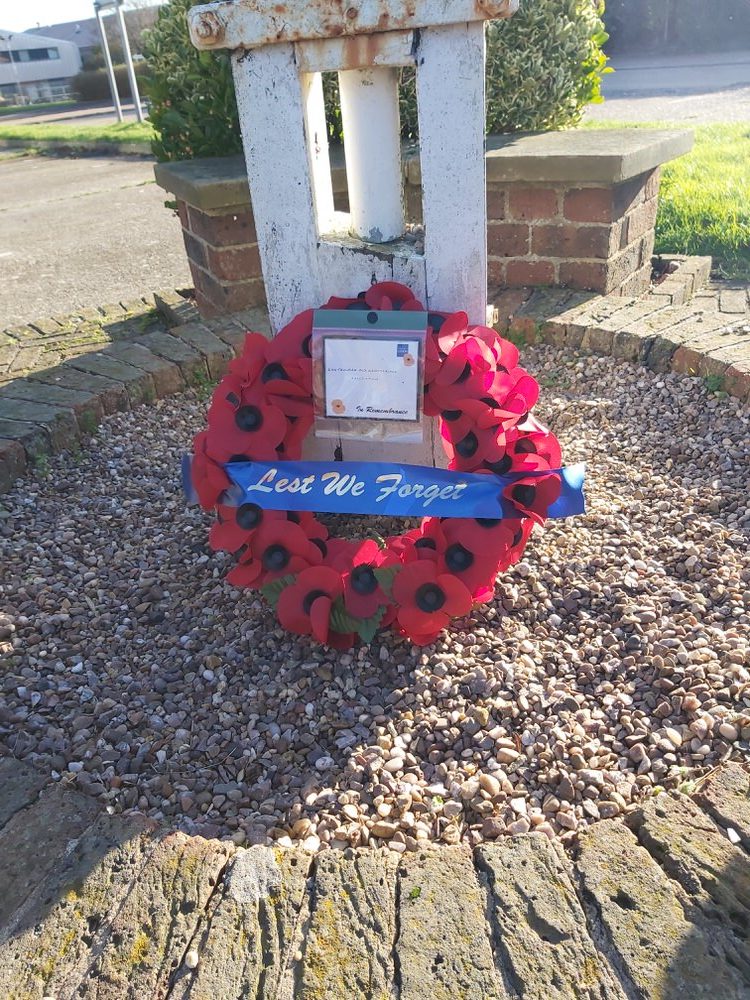 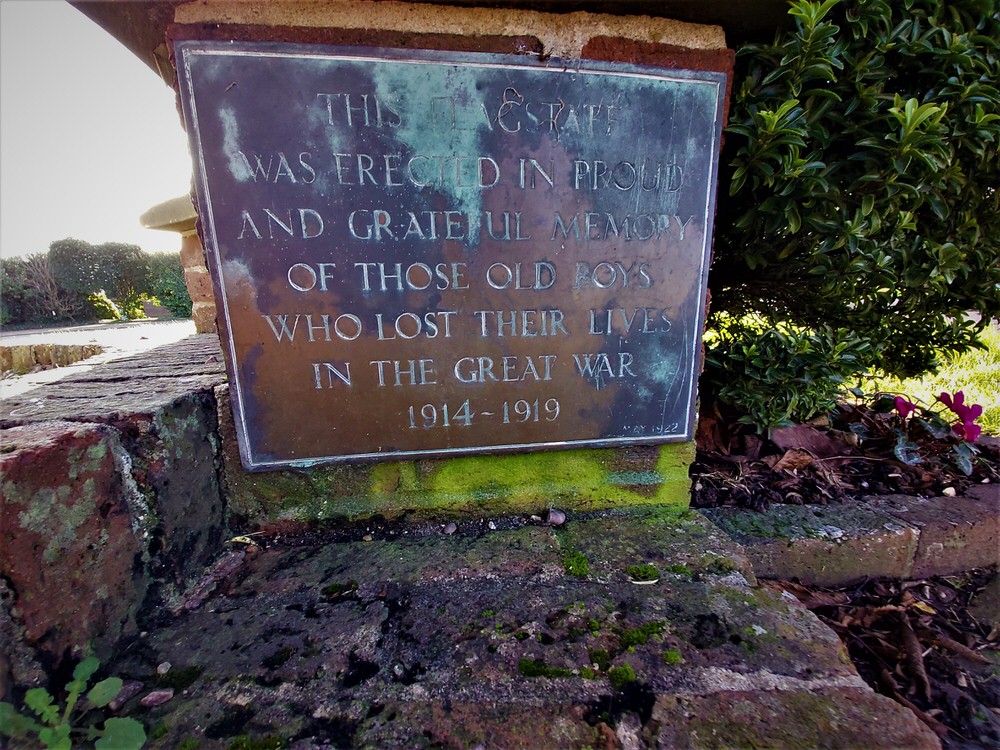 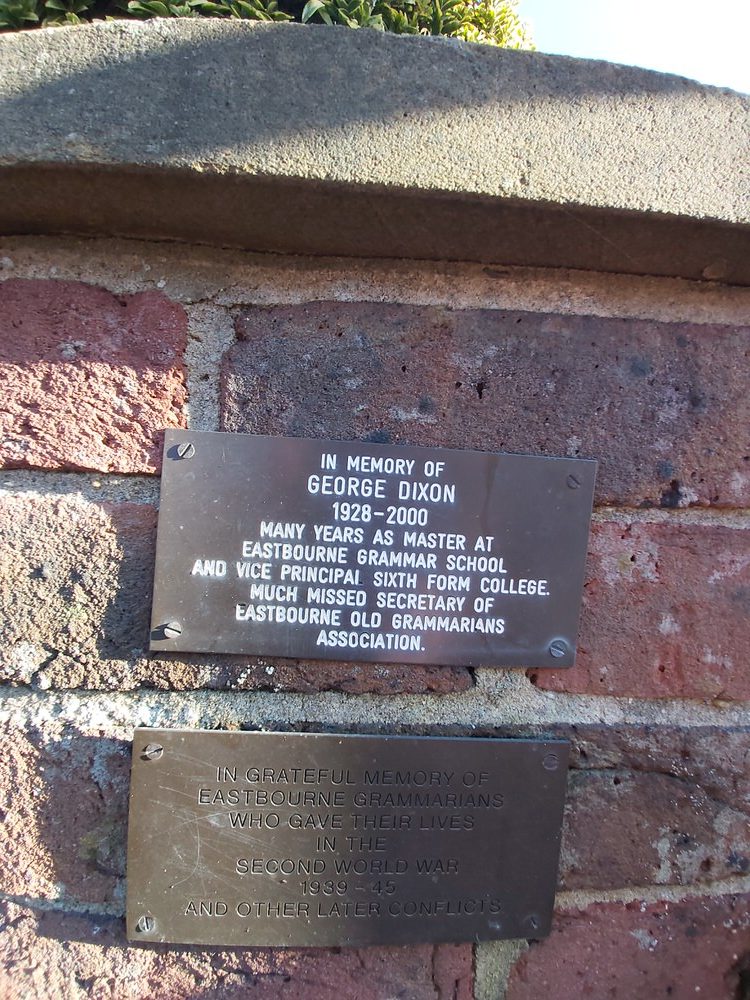 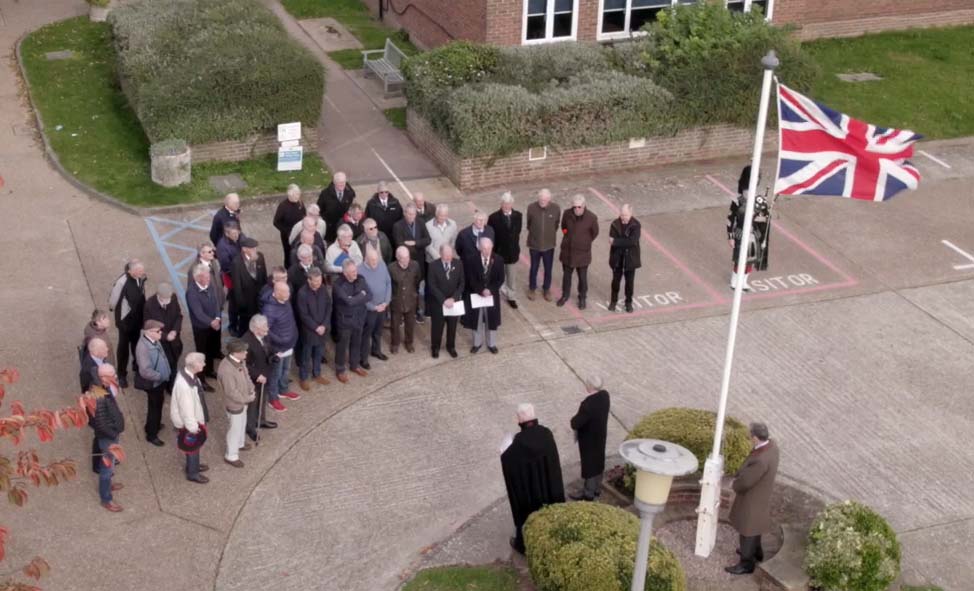 Working from the original EGS record, Howard Kirby has compiled a list of the regiments etc in which those in the above roll of honour served, making checks against such sources as the Commonwealth War Graves Commission website and the on-line version of the 1921 publication Soldiers who died in the Great War. These details are available from the Hon Secretary.

Died while serving in the forces

Killed in Eastbourne by enemy action