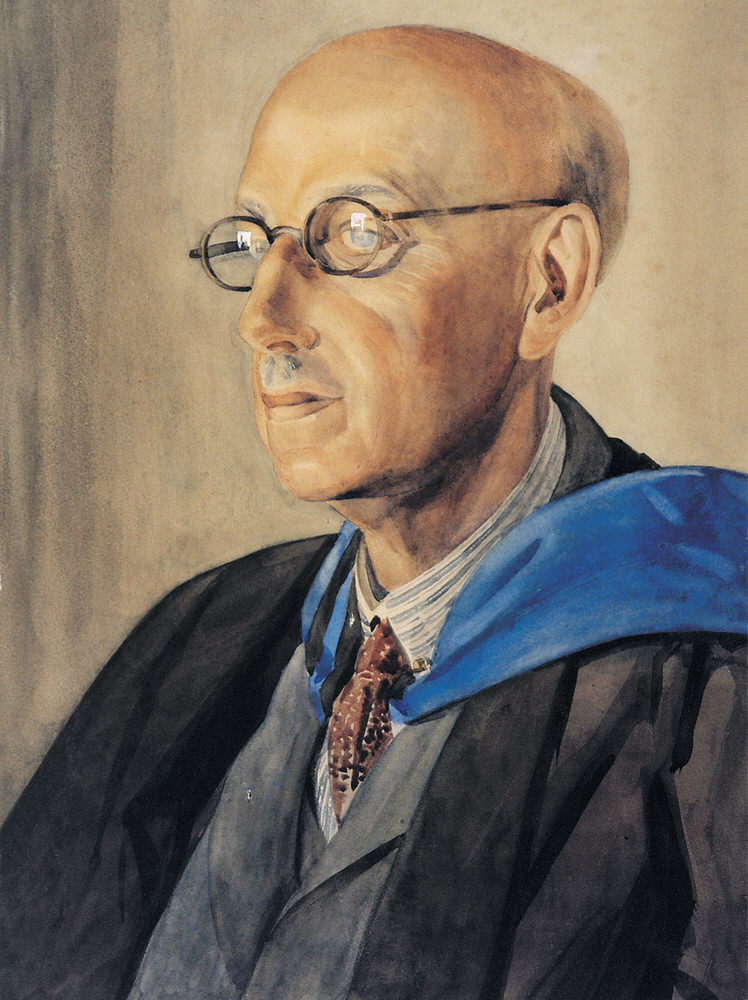 First appointed as an Assistant Master in 1904, his was the major influence on the development of the School. His appointment as Head was welcomed by the Schoolboy Editor of the School Magazine who wrote “for hard work in classroom, or football or cricket field he was hard to beat and his promotion was well merited”. He was spared participation in the Great War by a medical condition and was thus able to direct, despite many staff changes a considerable growth in pupil numbers. He taught Mathematics scorning rote in favour of understanding and explored social issues in special ‘Scripture’ lessons with the senior pupils seeking thereby to develop independence of thought.

His aim ‘to develop an education for life, not work’ was forward looking in the difficult economic times of the 20’s and 30’s. As early as 1920 he was urging parents of likely boys to allow them to stay on until 18 as preparation for University and successfully lobbied the Borough Council to obtain more Scholarships; he believed that the mix of fee-paying and Scholarship boys provided the best recipe for success. In 1928, against opposition, he obtained a change of name from Municipal to Grammar believing that the new name best described the education offered. Thus, Eastbourne established one of the first Municipal Grammar Schools in the country.

Old Boys remember his aura even when he was singing a popular song at School Concerts and particularly when he was striding the corridors giving warning of his approach with his unique cough “usually advisory but sometimes minatory”! His influence on the young is still evident for a Trust Fund set up by Old Boys on his retirement still offers Scholarships to enable present students to extend their education.