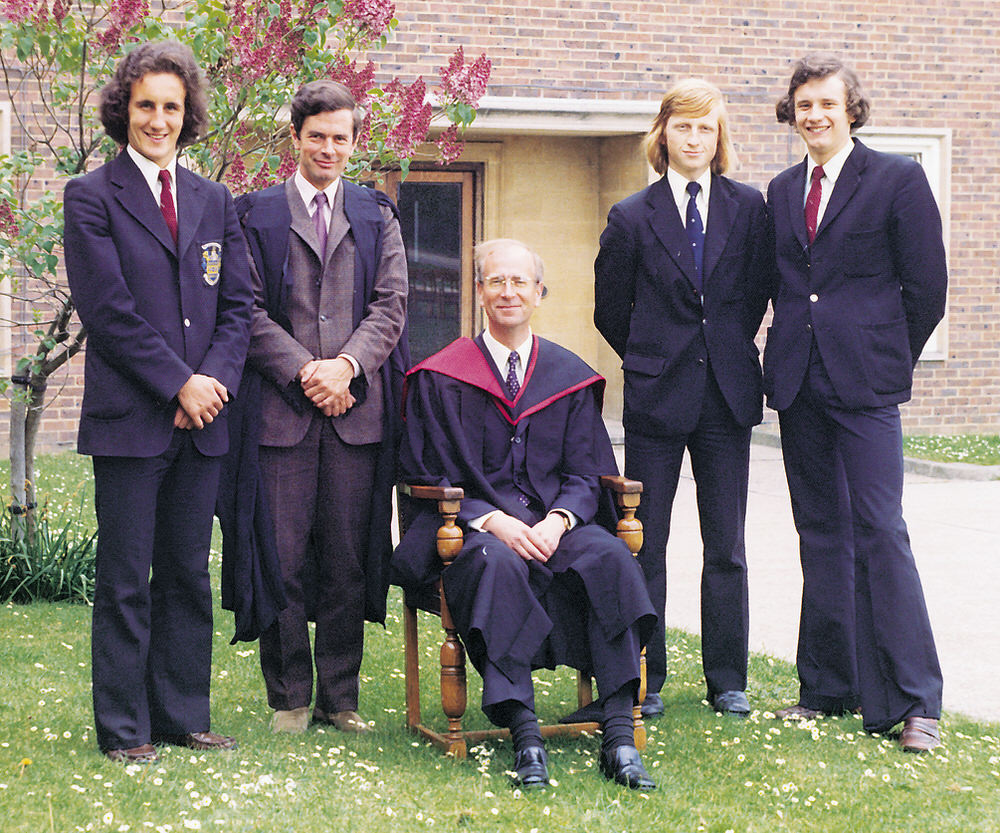 He was appointed to oversee the development of the Comprehensive system for which his wide experience, particularly the Deputy Headship of a Comprehensive School proved especially valuable.

In one of his first Staff meetings, he announced his aim to maintain the existing Sixth Form education and ethos to make it available to a new wider range of pupils. Before this he had to plan the merger of the Grammar and High Schools whilst at the same time ensuring the continuation of academic, sporting and cultural life.

The pastoral side of the School was strengthened by a new House system which achieved its desired objective of encouraging greater contact between School and parents. Staff attended very many meetings, some jointly with the High School, whilst the minutiae of amalgamation was outlined, discussed, argued, agreed and minuted – with the Head having the final word! All the planning took effect when girls first entered Kings Drive in September 1975 as pupils of the new Grammar and High School.

Mr Morris continued as Head of the new School and, in 1977, as first Principal of the Sixth Form College (now Park College) until his retirement. The continued expansion of the College was based upon structures, some well-established in the Grammar School, which he put in place both to ensure a smooth transfer and to maintain standards.