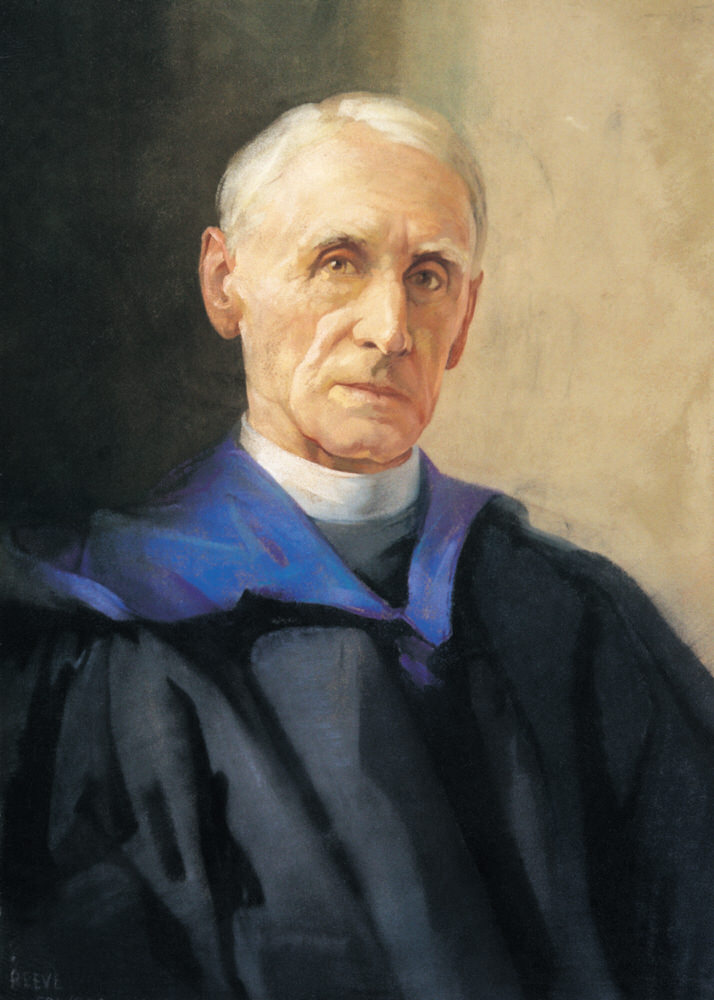 Born in 1857, after Ordination he became a Curate at Willingdon and established a small private school in Eastbourne before planning with the Town Clerk the establishment of a Municipal Boy’s School in Eastbourne. This anticipated the 1902 Education Act which allowed Borough Councils to spend money on post-elementary education. He became the first Headmaster assisted at first by one full time master and as numbers increased appointed other staff, who were not especially academic but could help develop the corporate life of the School.

Under his direction the School became less of a copy of prevailing prep schools to become a mix of fee paying and scholarship pupils. He organised the move from Grove Hall to the Technical Institute in 1904 and finally retired to return to Church work in 1912.

He held livings at Hampden Park, Wilmington and died in 1944 aged 88 at Willingdon where he was an Assistant in the Parish Church. He retained a lively interest in the School becoming President of the Old Boys. As Head he was described as “the scholarly type, a rigid disciplinarian to both Staff and pupils and the high standard of work, tone and discipline of the School were the result of his rule”.